Most people associate the term, self-defense, with superhuman martial art maneuvers depicted in popular Hollywood movies or demonstrated by martial art “masters”. In actuality close combat skills comprise a small portion of the skill set that is required for successful self-defense. I know this seems counter intuitive, but allow me to explain.

According to my philosophy based on many years of training, the ability to defend oneself begins in the mind. It is the mind that directs the body to engage in the training to acquire effective self-defense skills. The tools sold on this site such as pepper sprays, stun guns, knives and batons merely act as the extensions of the body. So it is the mind that is paramount!

The most powerful self-defense skill that you need to master is situational awareness which is the ability to access the risk or danger posed by people, places and situations so that you can avoid them.  The best way to defend yourself is to avoid the need to engage in the combative aspect of self-defense which is always dangerous. When you were a child at some point your parents taught you to look both ways before crossing the street and to never go with strangers. They were teaching you situational awareness which is very simple yet powerful for personal protection.

Here are a few tips for employing situational awareness to protect yourself.

1) Constantly take notice of who or what is around you. One trick I like to use is counting people. When I enter a space and count people, the split second it takes me to count a person is enough time for me to notice if there is something odd or potentially dangerous about them.

2) Keep your peripheral vision clear. Don’t wear hair styles or garments that block your vision from the sides. Occasionally glance behind you while walking. Most criminals like to attack with the element of surprise in their favor. Seeing them in advance takes that away from them and that alone can be enough to thwart an attack.

3) When walking about don’t allow yourself to become distracted and preoccupied with personal electronic devices. I like to call those things, iVictim gadgets because using them excessively in the public will make yourself an easy target for a predator or prone to accidents.

4) Avoid traveling during late hours and in places that are known to be dangerous. If that is not possible then pause to engage in some reconnaissance to identify potential threats before you have to proceed in a high risk area on foot. Be especially vigilant around ATM machines, particularly at night. A super bright military grade tactical flashlight or a stun gun with an integrated flashlight can illuminate potentially dangerous pathways.

5) If you observe anyone who arouses your suspicions, avoid him. If it appears that someone is following from a distance, then run. Try to attract the attention of others who might be able to assist you. One of our personal alarms could be very useful in such a situation.

6) Keep the doors and the windows to your home locked and don’t allow strangers into your home. If someone suspicious knocks on your door, don’t open it automatically. Talk to him from behind the door or through a window. A reliable home alarm system is a wise investment.

7) Keep the doors of your car locked while driving. Make sure your car is in proper operating condition to avoid breakdowns. Enroll in a roadside assistance service. Most auto insurance plans offer them as an option. Know how to change a flat tire. It’s also a good idea to have a battery jump pack so you don’t have to rely on strangers for a jump-start if your battery dies. Being in a disabled vehicle can make you highly vulnerable to attack. Make sure you have a cell phone to call for help and a way to charge it in case your car battery is dead.

8) Learn how to verbally deescalate a confrontation. Phrases like, I apologize, excuse me, I’m sorry, can be powerful for diffusing conflict. There is nothing wrong with swallowing your pride a bit if it avoids a violent conflict.

9) Avoid the appearance of vulnerability which criminals are keenly able to detect. For example, don’t fumble around looking for your keys when you are in a parking lot. If you are lost, don’t walk around aimlessly. Walk with confidence and purpose and get to a safe place where you can calmly assess your situation without drawing unwanted attention.

10) Practice relying on your intuition. It is a powerful internal alarm system that Nature gave you. If something feels wrong to you don’t hesitate to listen to that little voice inside of your head that tells you danger is near and act accordingly. If you click on the Personal Safety page you will find a video of a woman who ignored her intuition and suffered terrible consequences.

This list is by no means exhaustive. It is meant to get you to consider the non combative aspects of self-defense that are very simple yet effective. Although I have not conducted any formal statistical analysis to support this, my intuition tells me that most criminal attacks could have been avoided if the victim was situationally aware.

I would like to  close by  mentioning that I was partially inspired to pursue martial arts by the late great mixed martial art legend and film star, Bruce Lee. My favorite movie scene of his is one in which he uses no combal skills at all. Instead, he deftly uses situational awareness and verbal de-escalation to defeat an adversary. I leave you with that scene from Enter the Dragon. 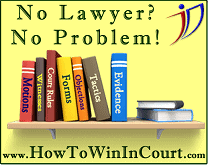